Numerical simulation is the act of estimating structural behaviour in a computer analysis based on the principles of equilibrium, compatibility and stress-strain relationships.  For some materials, such as steel prior to yield or concrete prior to cracking, the relationships are relatively simple to apply and there is little international disagreement about how the analysis should be done.  Even with such cases, however, the boundary conditions are crucial to model appropriately.  For nonlinear material behaviour, such as concrete after cracking, steel after yield, and timber in general, more advanced constitutive models are needed.  Tools implementing these models are available either as general purpose software tools (e.g. S-Frame, ABAQUS, ANSYS, etc) or as special purpose tools that specifically aim to directly model complex structural components.  These analysis tools excel at models that range from the material level, through the subsystem level, up to full structural levels.

​At the University of Toronto we have developed a collection of different analysis tools, particularly suited for reinforced and prestressed concrete structures.  Some of these are described below. 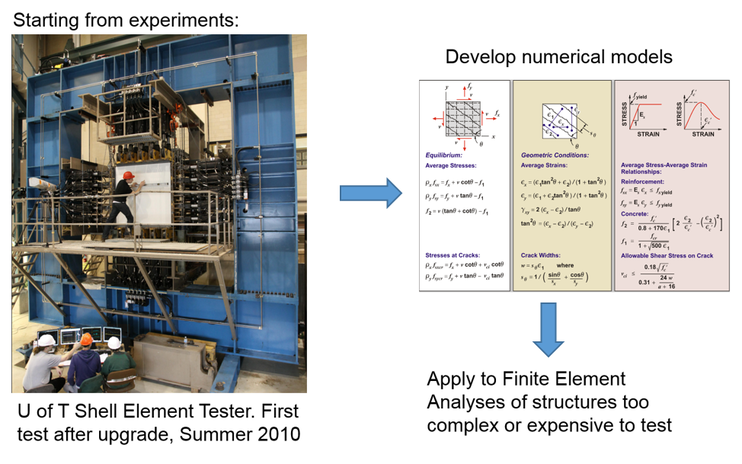