To demonstrate the development of a new integration or substructure module for the UT-SIM framework, the following simulation example is used.

This is a two-dimensional cantilever column subjected to a ground motion at the base. The column has a length of 3500 mm and it is assumed to be linear elastic with a lumped mass of 10 tonnes at the top of the column. The column has a sectional area and moment of inertia of 22,500 mm2 and 42,187,500 mm4. The elastic modulus of the column is 200,000 MPa. Structural damping is neglected in this example for simplicity.

The structure is decomposed into one integration model (with no structural element but only the lumped mass and the ground motion) and one substructure model with the elastic column. The communication between the two models is enabled by DataExchange.dll.

In this example, the $\alpha$ Operator-Splitting scheme (with $\alpha=0$) developed by Hughes et al. () is used. The method involves a predictor step followed by a corrector step for displacement and velocity with the solved acceleration:

After substituting the above to the equation of motion, the acceleration at time step $a_{n+1}$ can be obtained

In each analysis step, the integration module computes tje displacement $\tilde{d}_{n+1}$ and sends it to the substructure model for $R(\tilde{d}_{n+1})$. Once the force is received, it computes $a_{n+1}$ and uses it to update the displacement and velocity at the time step $n+1$ in the corrector step. After that, a new displacement is predicted and the above steps are repeated until the end of the simulation. The dataflow of the simulation is shown below: 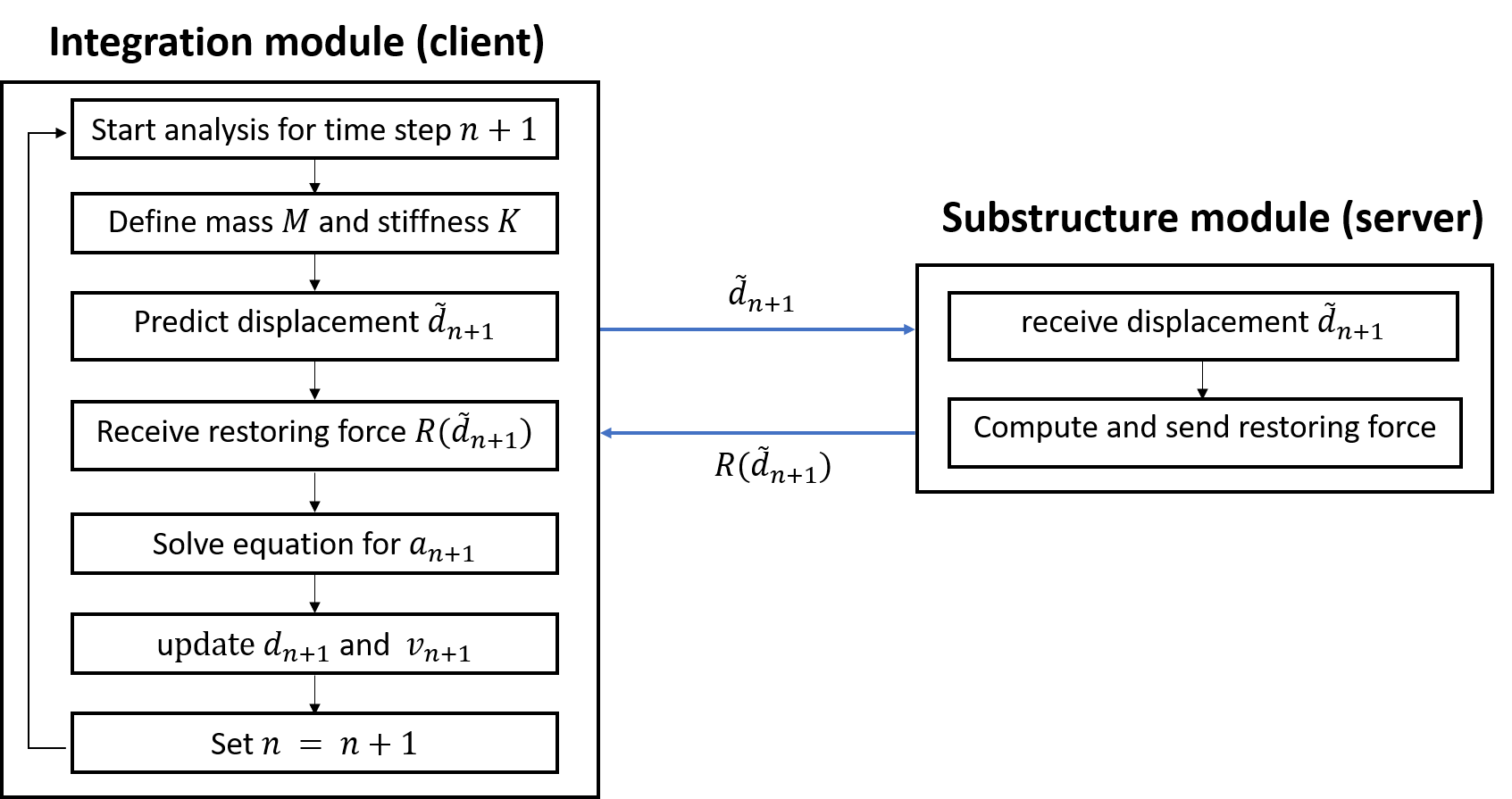 To illustrate the compatibility of the DataExchange library with programs written in different programming languages, the integration and substructure models for the above example are developed in the following languages: C/C++, Fortran, Matlab, and Python.